The Ragin’ Cajun Spirit Award was created and funded by former Association President Sid Ory, the man credited with coining the term “Ragin’ Cajuns”. The award recognized a University employee who exemplified the enthusiasm and never-say-die spirit of a Ragin’ Cajun. 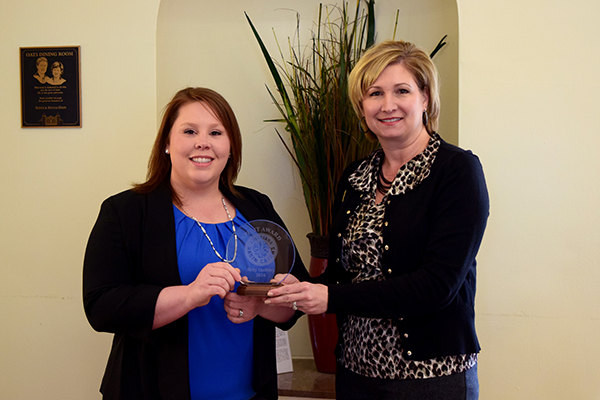 Abby Guillory, recipient of the Ragin’ Cajun Spirit Award, takes pride in her job as the Director of Research and Sponsored Programs, an Adjunct Instructor as well as a doctorate student. She also supports Ragin’ Cajun Athletics by attending a majority of the football and baseball games with her husband, Kennan, and son, Charlie.