The University of Louisiana at Lafayette's Walk of Honor is paved with bricks engraved with graduates' names, arranged alphabetically by year beginning with the first graduating class of 1903.

The walkway begins near Martin Hall and is woven throughout the University—around the Quad, across Hebrard Boulevard, up Boucher Street, and down McKinley Street. 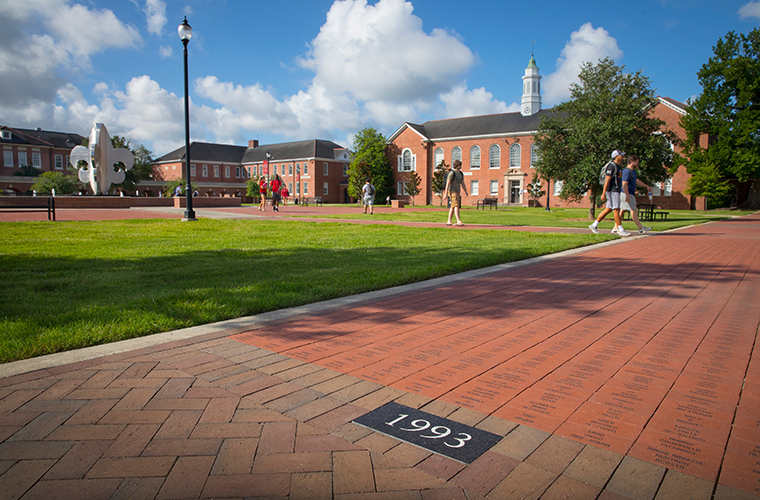 The next time you return to campus, find your brick and take a photo! Post your UL Lafayette photos with the hashtag #ulalumni. 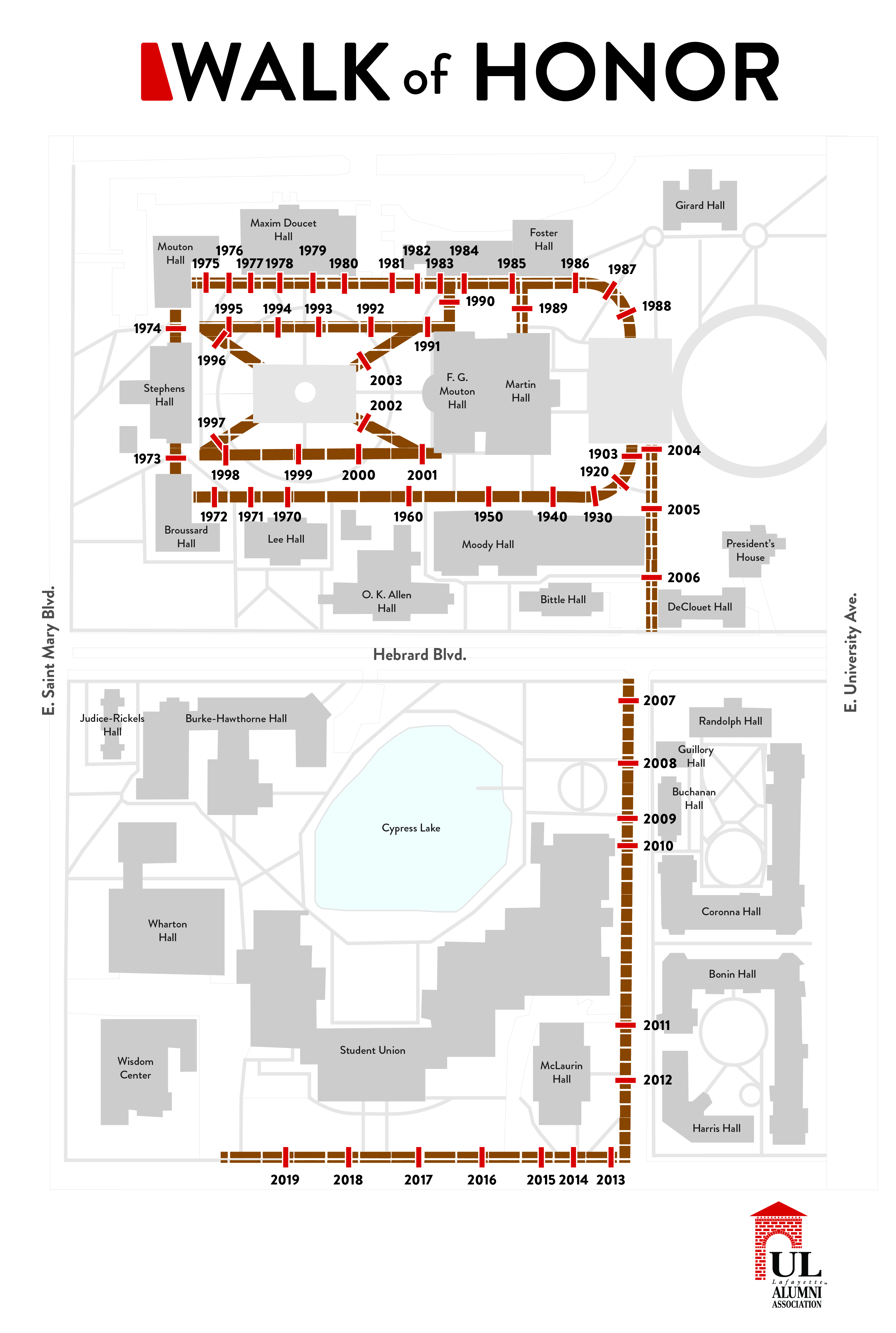 View a larger version of the Walk of Honor map.

Order Your Own Commemorative Brick

Keep a piece of the Walk of Honor with you!

You can now own a replica brick paver with your name on it. It's the perfect addition to your home or office, a way to show your pride as a UL Lafayette alum (or even as a family of alumni).