Read More ➝
The Vermilion Parish Ragin' Cajun Club is celebrating a significant milestone this year — its 40th anniversary. On November 15, 1982, the club was officially established. Now, 40 years later, the club is still active and has members still involved with the organization since its inception.
Alumnus John T. Landry was the first president of the Vermilion Parish Ragin' Cajun Club in 1982. The current University president, Dr. Joseph Savoie, was serving as the director of the Alumni Association at the time. Savoie was determined to create a club for Vermilion Parish alumni and reached out to Landry for help. “[Dr. Savoie] kept asking me to start a club and to try and get something going," Landy said.
Landry called an initial meeting in Abbeville for those interested in joining the new club. To his surprise, many people showed up for the initial meeting and were eager to get involved.
Alumna Theresa Gaspard was one of those initial members who joined the club when it first began. "It gave us an opportunity to get involved with the University," Gaspard said.
Gaspard, who also eventually served as the Vermilion Parish Ragin' Cajun Club president, remembers the excitement around the club's first events. "Tailgate gatherings and crawfish boils were our two big events. That's how we got started and [the club] took off from there."
Forty years later, Vermilion Parish alumni are still gathering together to support the university that means so much to them. Most recently, the club held a social at Black's Oyster Bar & Seafood in February of this year. Jason Patout serves as the current president of the club. He hopes that more people will continue to get involved with the club's events and activities. 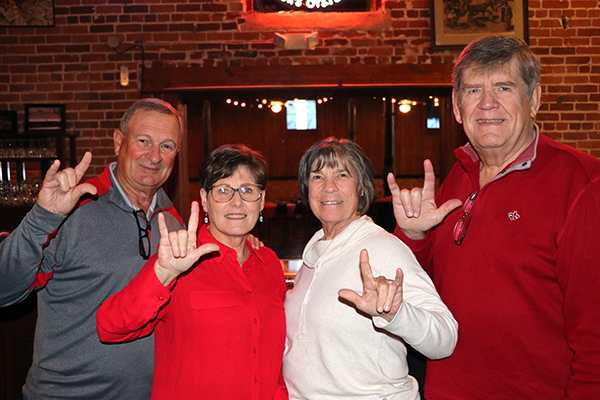