Playwright, actor and alumnus Layon Gray is bringing his inspirational play Black Angels Over Tuskegee to Lafayette audiences for the first time on Thursday, March 31. Gray '96 has made a name for himself in the Los Angeles and New York City theatre communities. He's spent more than two decades writing, directing, and developing stage plays and films that reflect a wide array of cultural movements. Gray has earned more than 60 nominations and awards for his works, including the 2009 NAACP Award for Best Ensemble and the 2008 MATCH-LIFE Artist of the Year Award. His return to Acadiana will mark the first time Gray has performed in Lafayette since he was a student at the University of Louisiana at Lafayette.

Gray wasn't exposed to theatre at all until he stumbled upon it in college. Originally from Alexandria, Louisiana, Gray first attended Northwestern State University in Natchitoches to play football. After practice one day, he thought he heard his favorite movie, Grease, showing at the school. When he went to investigate, he discovered that it was the school's theatre department practicing for the stage adaptation of Grease. "I had no clue what a theatre department even was," said Gray. From that moment on, he knew that he wanted to pursue theatre and acting as his career. A friend mentioned that then University of Southwestern Louisiana had a great theatre department, so he packed his bags, transferred, and moved to Lafayette. 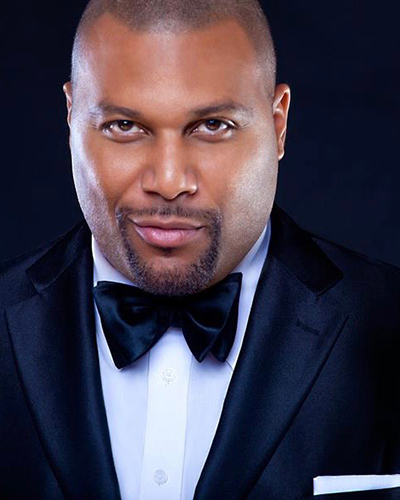 As a student, Gray kept involved with several productions through the University's theatre department. He also started writing his own material and performing for students in the Bayou Bijou auditorium. "I couldn't believe that people wanted to pay to see something I wrote," said Gray. After graduation, Gray grew his craft in Lafayette for a few years before being discovered by producers from California. He decided to take a leap of faith and move to the west coast to pursue his dreams of having a career in entertainment. "My heart was open, and I just soaked up as much knowledge as I could," said Gray.

After a few years of making a name for himself in the industry and writing some successful plays, Gray was ready for his next project. One day, he remembers coming home and seeing an inspirational group of older gentlemen on his television. He learned that these were the Tuskegee Airmen — a group of African American military aviators that fought during World War II. He was so inspired by their story that he knew this needed to be the subject of his next play. "I was just so moved and touched by them," said Gray.

Black Angels Over Tuskegee first opened in Los Angeles in 2008 to sold-out crowds. Gray was so surprised at how well the play was received that he decided to try it in New York City. He raised enough money to pay for the play to run for two weeks in the Big Apple. His two-week commitment turned into an eleven-year run Off-Broadway due to the play's success. "Black Angels Over Tuskegee is one of those shows that continues to touch audiences because it's inspirational and motivational," said Gray.

Gray is excited to bring his award-winning play to Acadiana on Thursday, March 31, at the Heymann Performing Arts Center. This will be the first time the New York City cast has performed Black Angels Over Tuskegee since the production closed due to the COVID-19 pandemic. Gray feels so fortunate that he can continue to tell the story of these outstanding individuals. "They're just amazing heroes," said Gray.

If you're interested in getting tickets to Black Angels Over Tuskegee, visit heymanncenter.com.